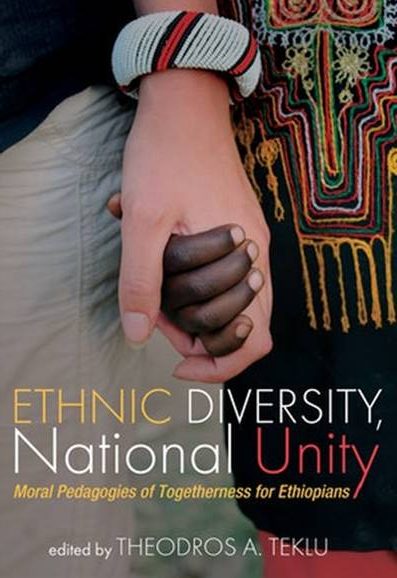 EGST Director Rev. Dr. Misgana in his welcoming address said that this book is prepared and published by one of the centers at EGST, Center for Christianity and Society which is led by Dr. Theodros Assefa. He also commended that most of the contributors of the book are EGST faculty members and alumni. “Today we are celebrating the outcome of EGST’s research done by our faculty and students. So, we are very glad to see the result of our colleagues and students. This work obviously contributes to EGST’s vision because EGST’s vision is to become an institution of academic and research excellence,” the Director noted 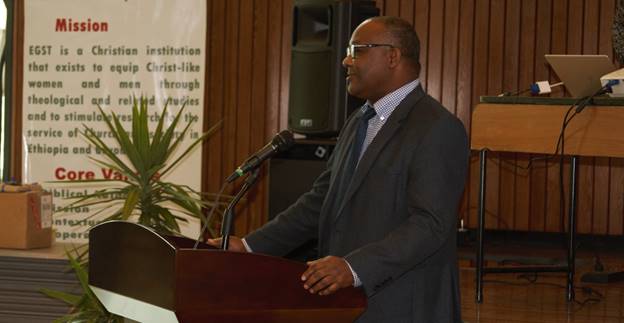 Dr. Theodros A. Teklu, EGST faculty and PhD coordinator who edited the book introduced the genesis and birth of the book beginning from his interest in ‘Public Theology’, which engages the world.

Speaking about the topic, Dr. Theodros said that “there are basically two exigencies which necessitate the project of the book…: intellectual and practical exigencies. The book has a possible contribution to the current discourse on Ethnicity and Nationalism in Ethiopia.” He further noted that one way of engaging the public or dominant public opinion is introducing ‘Christian opinion into the blood stream of the nation. Therefore, we are making an intellectual intervention. The necessity of making such voices cannot be overemphasized because opinion really matters. It shapes politics and life in general.” 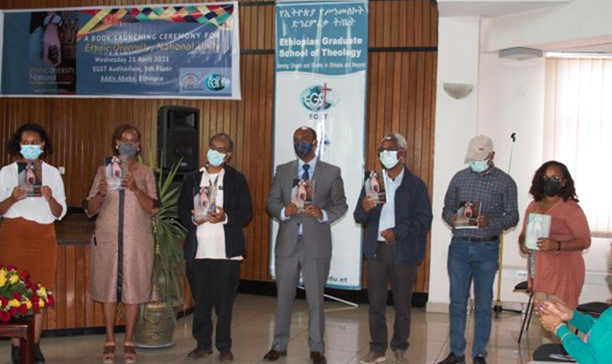 According to Dr. Theodros, there is a need for such interdisciplinary contributions that particularly highlight the Christian voice. Discussing about the second exigency, the editor said that “if theology has to speak, it has to speak from a certain position. That position, I believe, is the church.”

He likewise announced about a forthcoming book which will be published by Routledge publishers entitled, “Moral Pedagogies for Africa” with a sub-title, “From Ethnic Enmity to Responsible Cohabitation.”

It was described that by drawing from a wide range of perspectives and various disciplines such as history, law, philosophy, and theology, this book aims at generating Christian moral resources for a new horizon of hope.

In praise of the book, Elias Kifon Bongmba from Rice University said: “This timely text critically probes ethnic diversity and national unity in Ethiopia, one of Africa’s oldest nation-states, by critically analyzing political crises, explores the idea of unity in diversity, and invites readers to think about the self and the other in a common national space in light of a moral vision that promotes coexistence. … I highly recommend this because it offers excellent perspectives on the quest for harmony.”

The launching ceremony was attended by EGST board members, faculty, current students, alumni, contributors, and invited guests. The event included prayer, welcome address, introduction of the book, readings from the book and presenting the book to the contributors and Theological institutions.
It was indicated that the book can be purchased on-line from Wipf and Stock publishers at: https://wipfandstock.com/search-results/?keyword=ethnic+diversity.