A new center named, Center for Ancient Christianity and Ethiopian Studies (CACES), was launched on March 12, 2020 at EGST 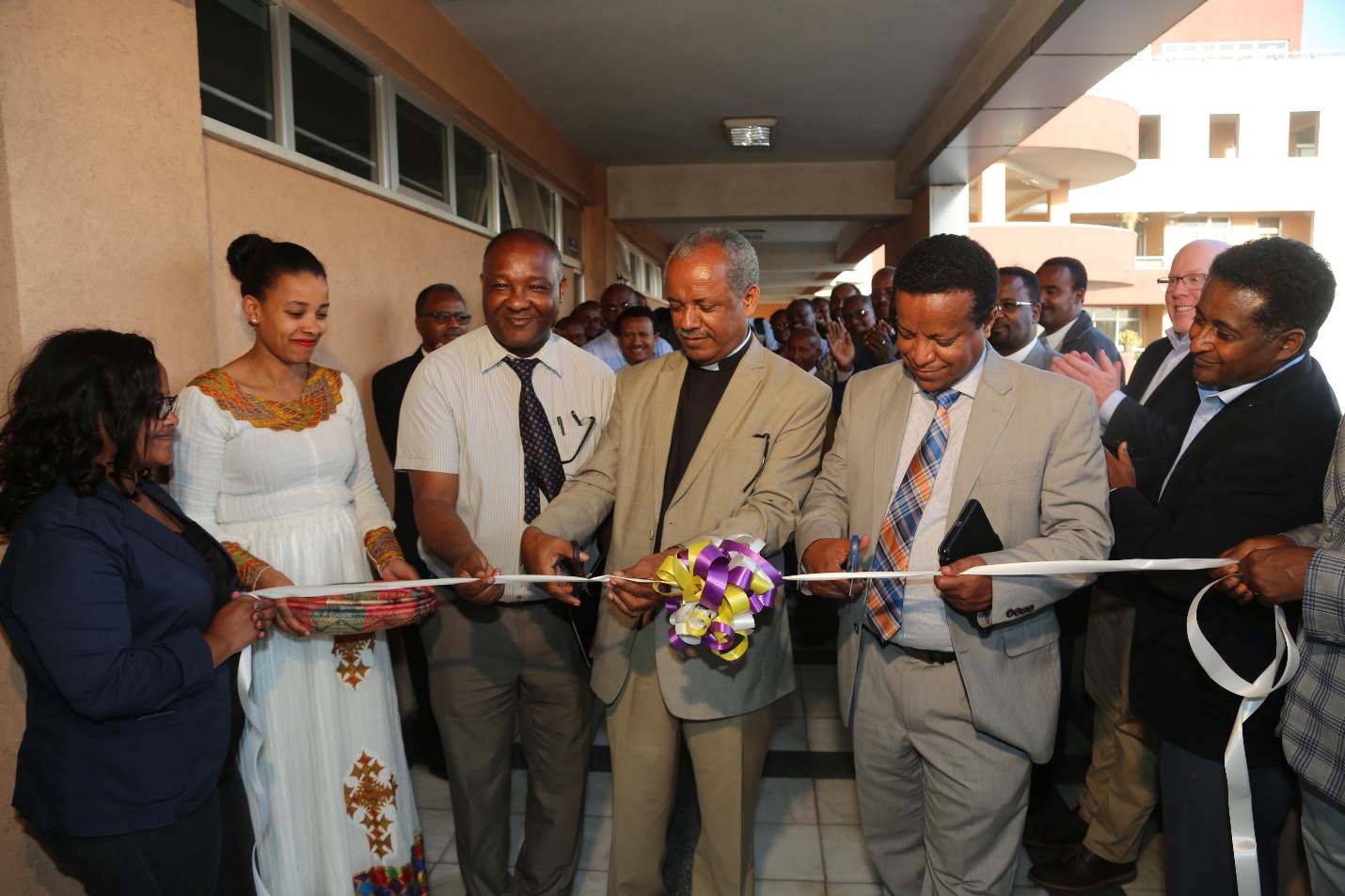 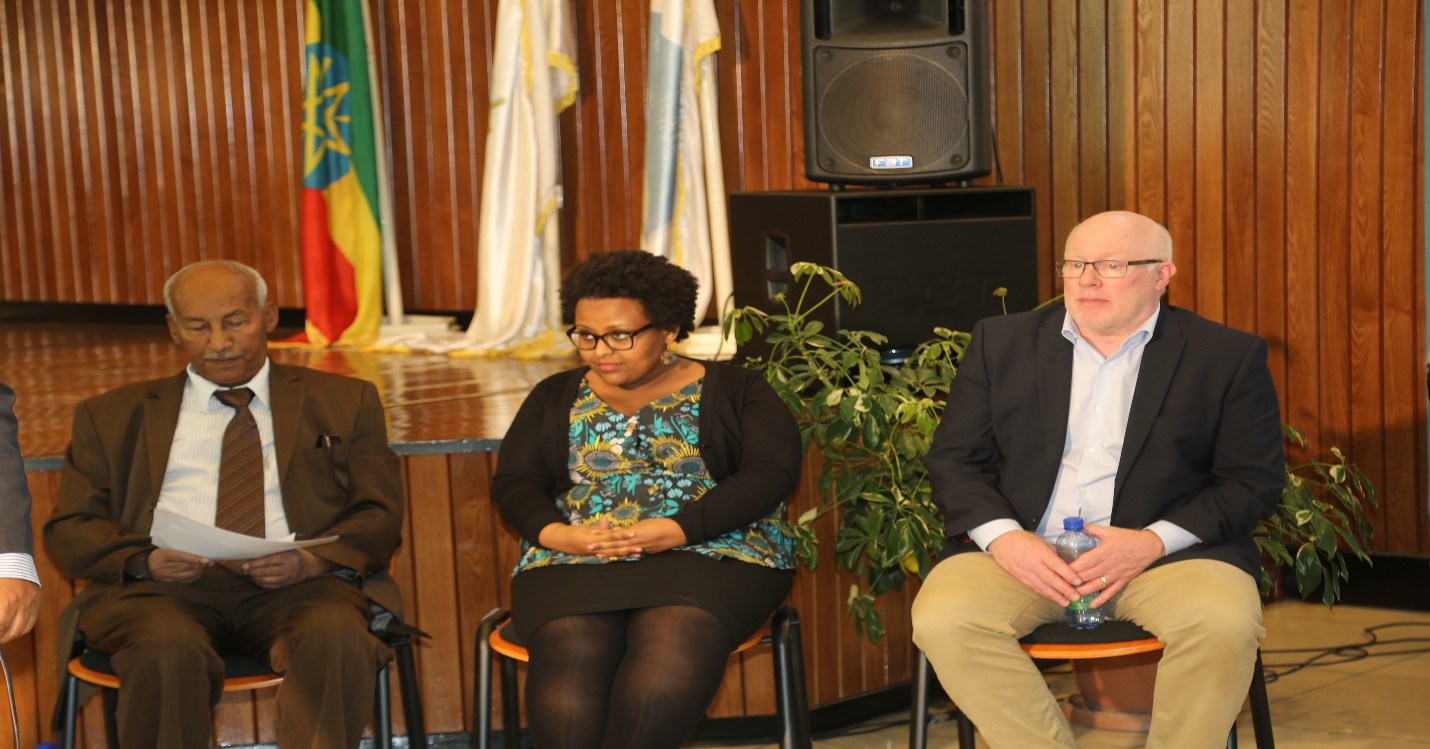 In his opening remark to the ceremony, Rev. Dr Wakeseyoum Idosa, EGST Chairperson commended EGST community, friends and supporters for realizing the Center. “Failing to look back to our history of faith may lead us to go astray, and it is prudent that we get back to our root and treasure our Christian heritage as a nation with long history of Christianity”, the Chairperson underlined.  Furthermore, he acknowledged that the Center will help explore the treasure God has given us, and make it available to the use of churches and the society at large. 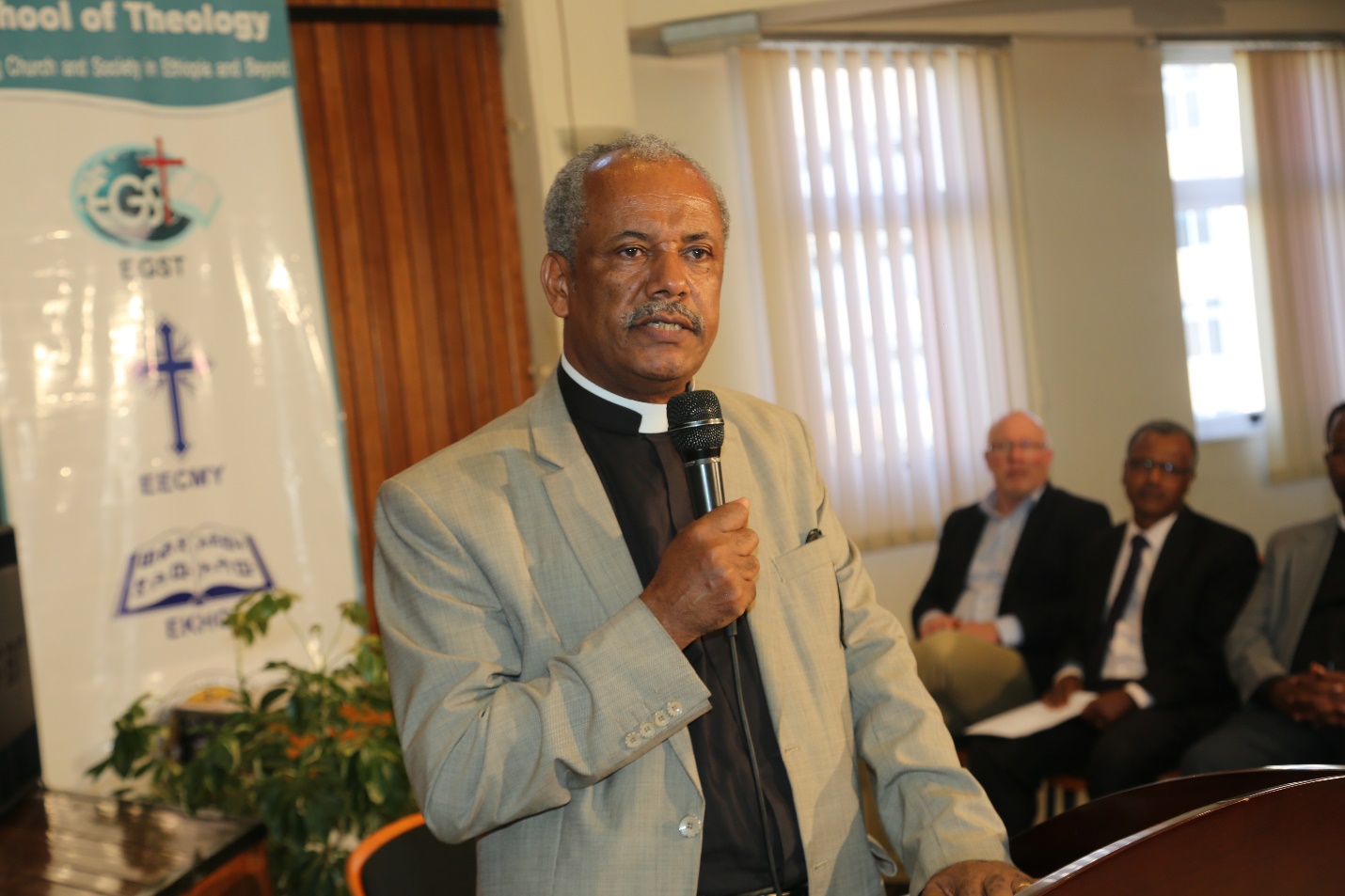 EGST Director, Rev. Dr. Misgana in his welcoming address said that the Center ‘is going to be at our disposal as an alarming clock to wake us up to see and utilize our national resources and even to enable us to contribute the knowledge to the global and ecclesial communities’.  The Director also noted that ‘being proud in our ancient Christian history and the preceding Judeo-Christian heritage is not sufficient unless the rich elements in these traditions are explored, interpreted and used’. 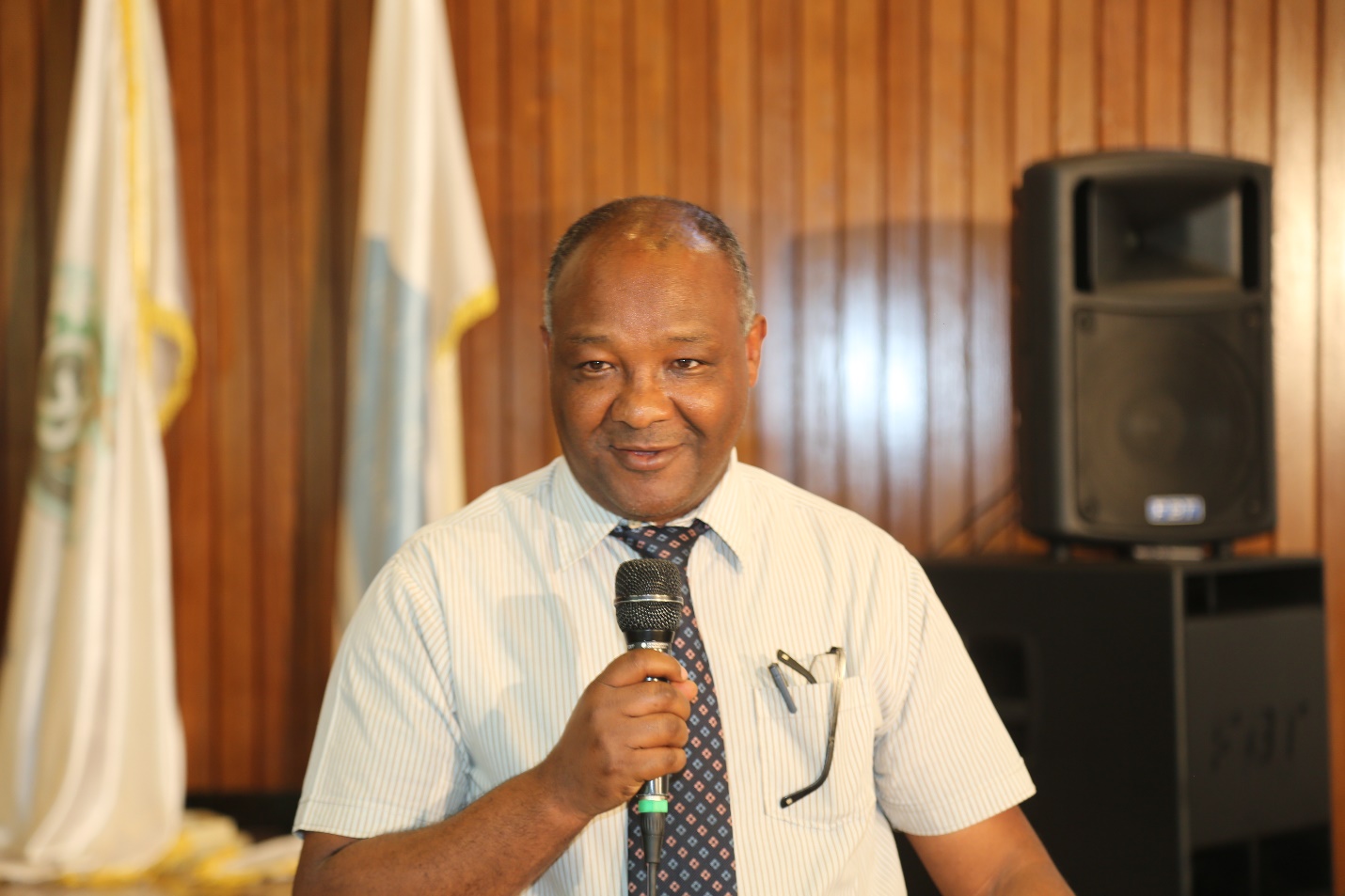 He expressed gratitude to his predecessor, Dr. Desta Heliso and his team for making this Center a reality and to EGST partners who have supported it financially and morally. 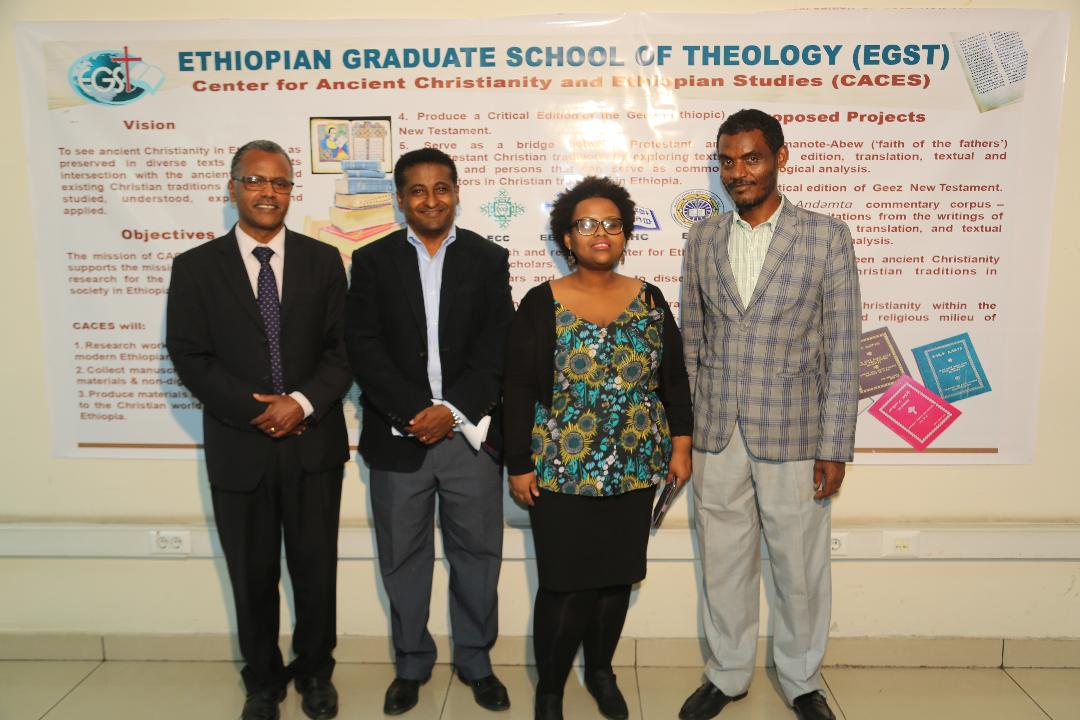 Dr. Desta Heliso, Lecturer in New Testament and Literature  of the Second Temple Period at EGST and the current Coordinator of the Centre indicated that the vision, mission and objectives of CACES as part of EGST research task is “to see ancient Christianity in Ethiopia – as preserved in diverse texts and in its intersection with the ancient world and existing Christian traditions in Ethiopia – studied, understood, explained and applied. He further remarked that “the mission of the Center grows out of and supports the mission of EGST to stimulate research for the service of the church and society in Ethiopia and beyond.”.  Dr Desta anticipated that ‘the Center has much bigger aims and ambitions and we hope that it will become a beacon of academic and ecclesiastical light in this strategic part of the world’. 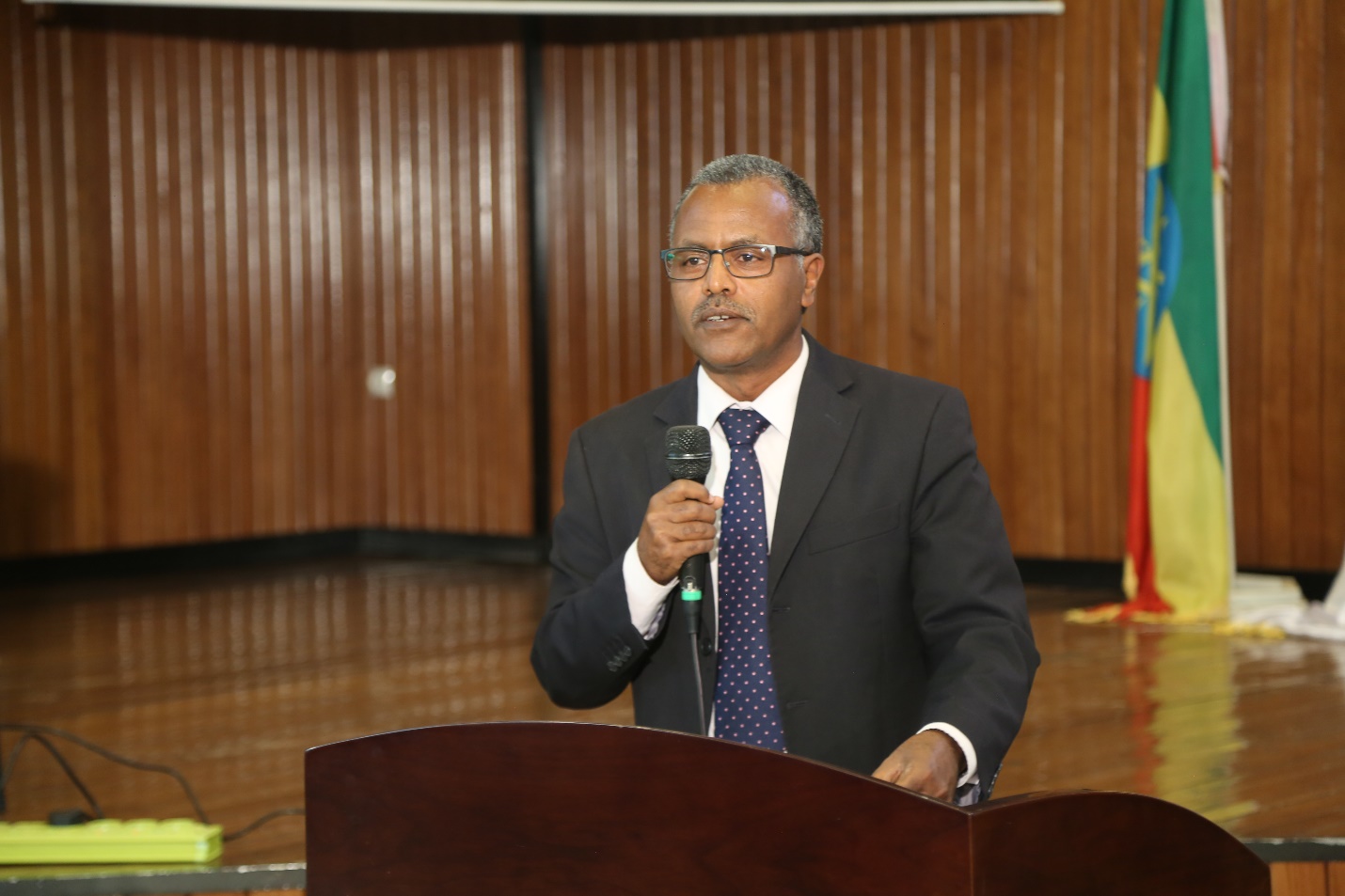 He further indicated that in addition to being a resource and research hub for local and international scholars, CACES is designed to serve as an ecumenical platform. “The project is supremely important for Ethiopia (and the region as a whole), because it seeks to study and understand the ancient and modern roots of the Christian religion that has dominated and shaped the country’s social and cultural life for almost 1700 years” he underlined. 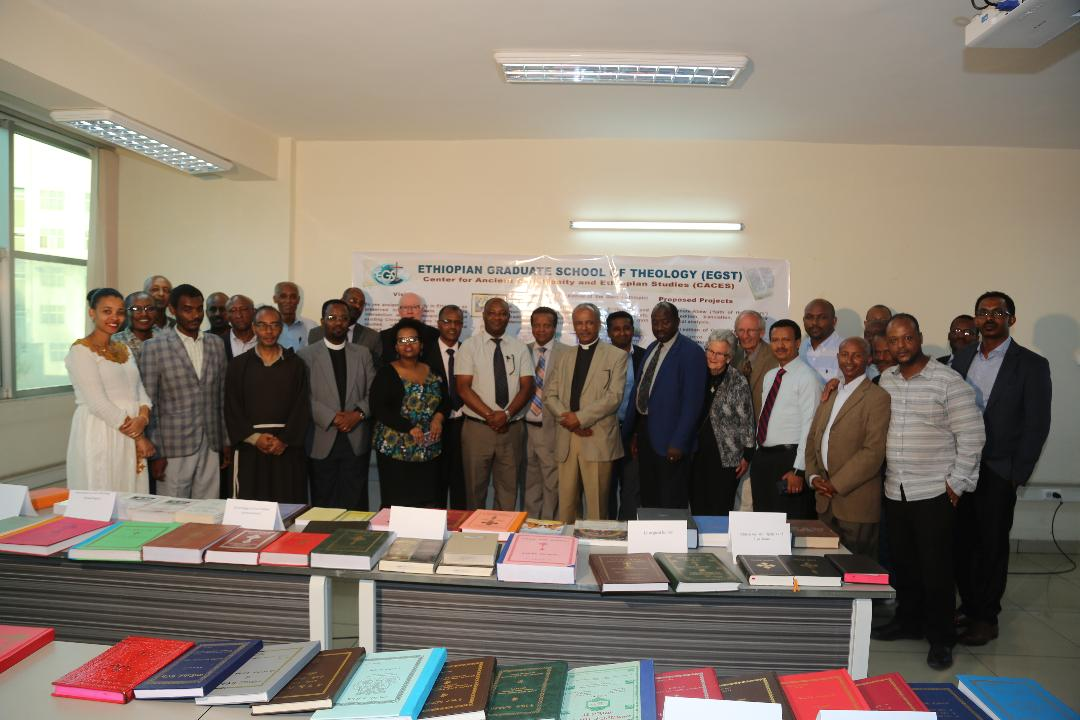 The launching ceremony included prayer, welcoming address, opening remarks, explanations on CACES and its vision, remarks from guests representing different church traditions, ribbon cutting, a visit to the Center and reception of dinner.

The initial proposed projects at CACES embrace critical edition, translation, textual and theological analysis of Haimanote-Abew (Faith of the Fathers), critical edition of Geez New Testament, research works on the Andaemta Commentary corpus and other materials on ancient Christianity. 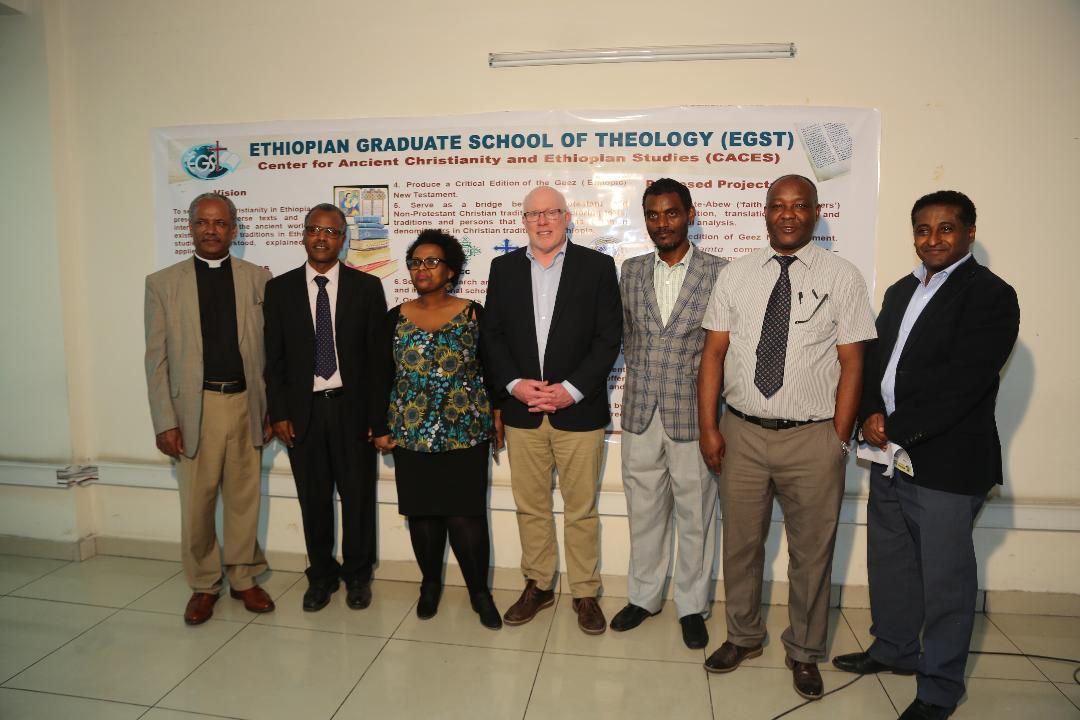 It was reminded that two previous Centers, namely Centre for Environmental Stewardship and Holistic Development (CESHoD) and Centre for Christianity and Society (CCS) have already been operational at EGST. 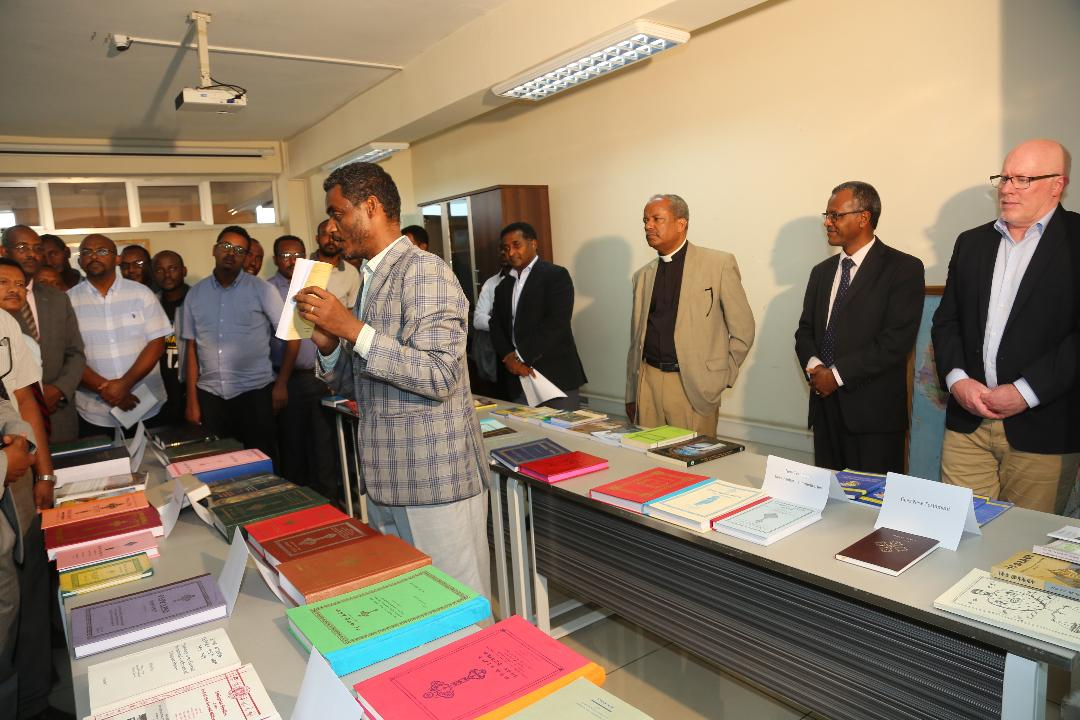 CACES is located at the fourth floor of EGST, Room 401 and can be visited during Office Hours.