An academic seminar series organized by EGST Centre for Christianity and Society on the theme of ‘Ethnic Diversity and Moral Responsibility’ launched at EGST. As part of the seminar, Professor Elias Bongmba one of the keynote speakers delivered his lecture on ‘Human Dignity and Political Theology in Africa’ on October 4, 2019. 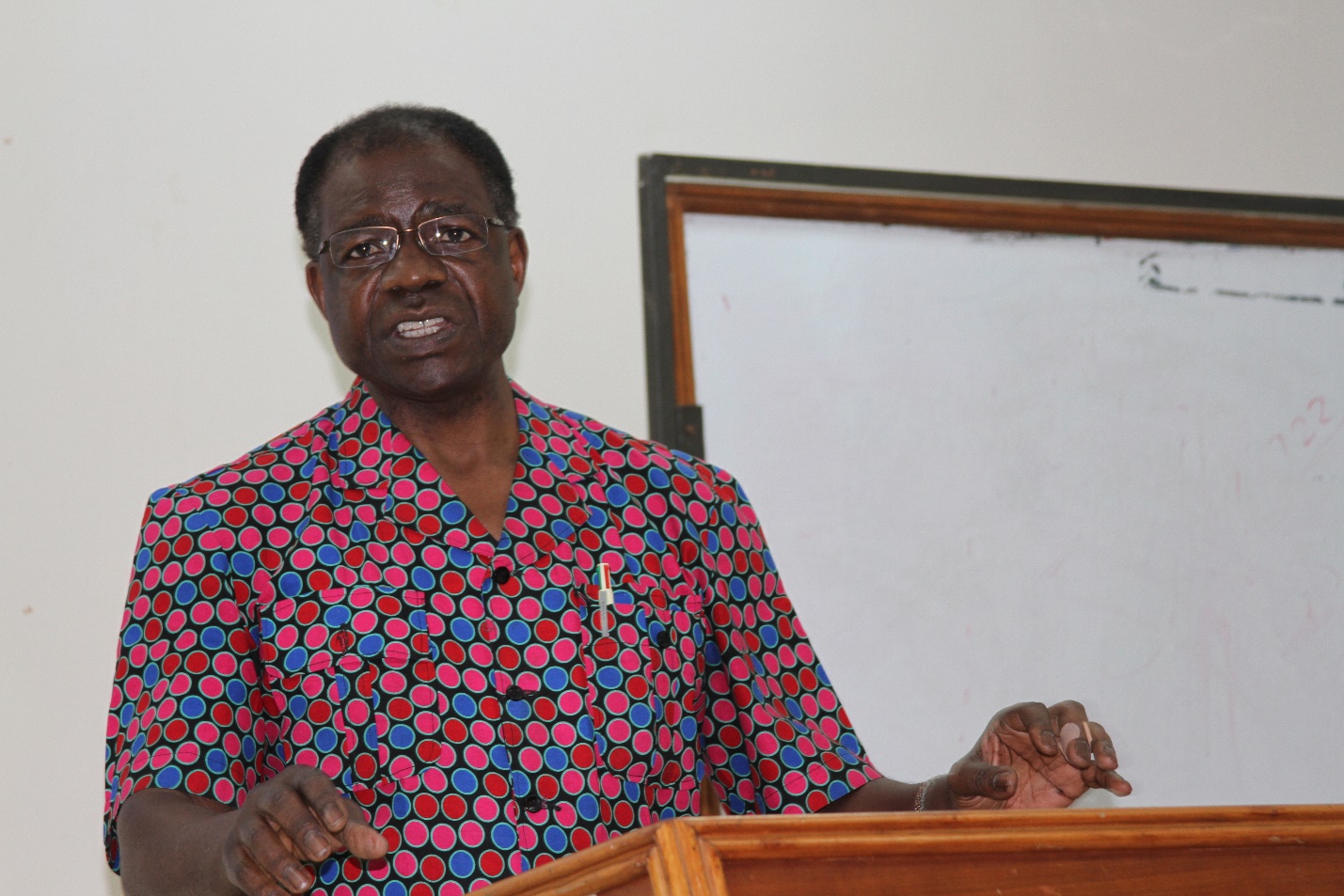 In his seminal lecture, Professor Elias who holds the Harry and Hazel Chair in Christian Theology at Rice University pointed out that theology is very important in the academic world today and Political Theology is a critically constructed dialogue that needs to exist between Theology, Theologians, and the Public Square. He also said that the number of publications on Political Theology has continued to grow in Africa and we need Theological engagement that embraces the Youth.

He further argued that faith communities should start a new dialogue on faith and politics by engaging young people on key themes in politics and theology. “Reinvigorating political theology calls for a new concern and collaboration with the youths of Africa on faith and politics” he emphasized.  He also mentioned Prof.Tadesse Tamrat’s work as one of the best books on Political Theology in Africa, discussing Church-State relations.

By taking the example of the Political Theology of Henry Okullu of Kenya, the speaker argued that we need to go further and introduce perspectives that reflect religious pluralism and that theology must go beyond Political Theology and avoid the constrictions and manipulations of the political process which we have seen in recent years. Furthermore, he pointed out clear examples of African politicians who rule badly in the name of repentance and cover of Pentecostalism. He said that the most extreme is that of Murambaku in CoteDivour, when laying out his political agenda, everything mirrored the state of Israel. “Africans are not Israelites. Most of the things in Hebrew Bible refer to the specific nation of Israel. We make a major mistake if we transfer what is in the Hebrew Bible into the political systems that we have today.” He added that taking particular promises that were given in the context of the Hebrew State which will not even work in present day Israel and applying them to modern State is misleading.

In his conclusion on dealing with Political Theology, he underlined to embrace pluralism, explore new things and rethink for our time. 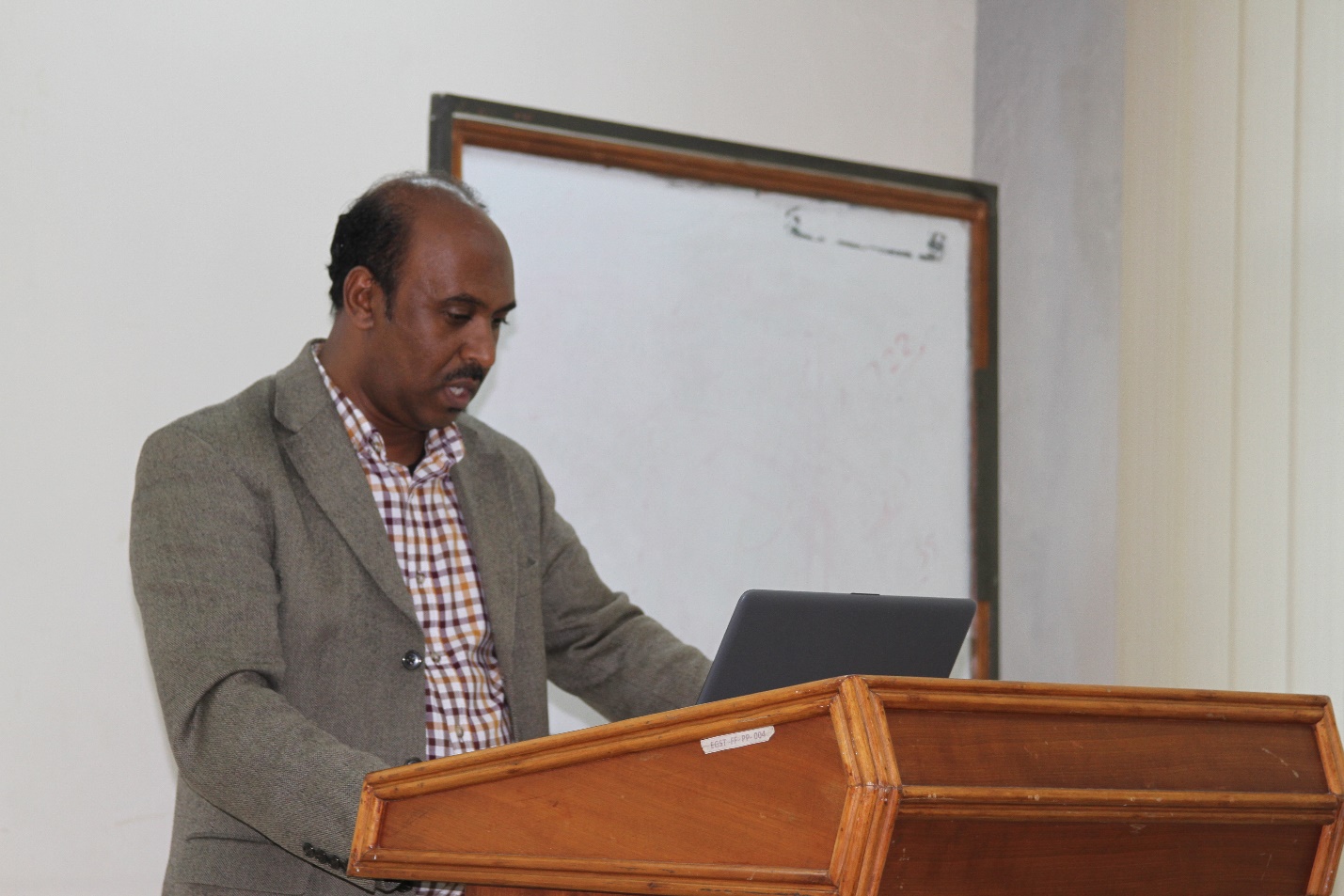 Prior to the seminar Dr. Theodros Assefa, EGST Head of Academic Affairs welcomed the audience and briefly discussed the new center which is being established at EGST.  In acknowledging the legacy of Orthodox Christianity, Dr. Theodros spoke of the current cultural and religious milieu we find ourselves and the involvement of Christians in educational institutions, businesses, politics, governmental and non-governmental agencies and other stakeholders. However, he raised an important question as “to what extent is such involvement informed by Christian concepts, ideas and values? Will they make any difference to current unjust and unethical patterns that replicate themselves in politics, economics, and civil society or will they, Christians, simply draw and depend on modern secularism that has less regard to Christian values?”

He noted that the Center for Christianity and Society at EGST takes into consideration the social background and embraces the Christian tenants on dual citizenship and dual heritage, fostering critical but also constructive Christian thought that would inform public policies and practices.  He further explained that “by doing these, the center will increase the public relevance of Christianity in the Public domain. Towards this end the center will critically and constructively engage in double listening. Listening to the concerns and issues of the contemporary world on the one hand and the perspectives and thoughts of Christianity on the other that would enable the church to increase its engagement in the public sphere.” 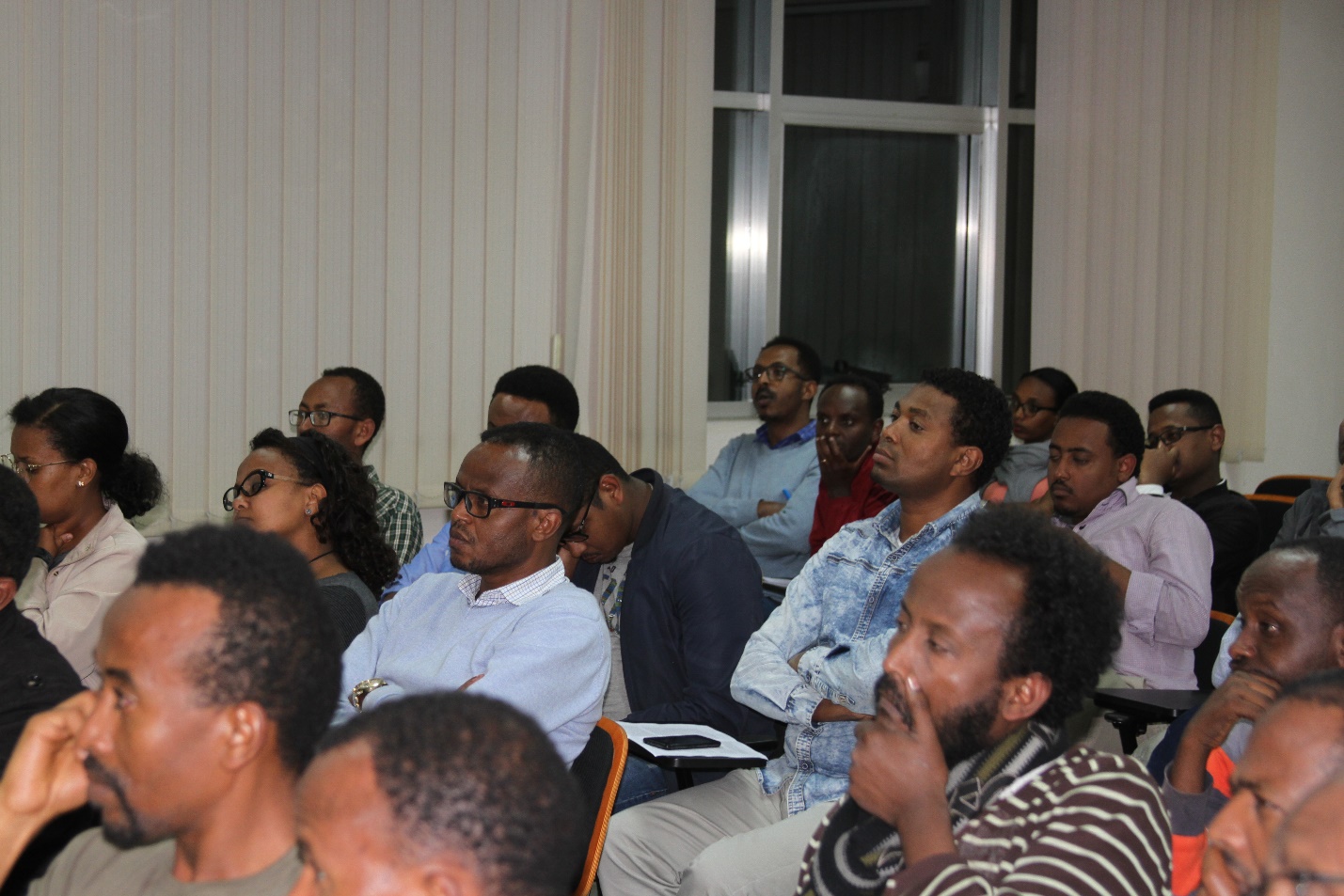 Dr Theodros announced that in 2019 the center has embarked on the project titled, “Ethnic Diversity and Moral Responsibility” by drawing on a wide range of disciplines and perspectives from History, Law, Philosophy, and Theology. He stated that the workshop scheduled on the 9th of November 2019 “aims at generating Christian moral resources for a new horizon of hope. The whole exercise is about the relevance of Christianity in the public sphere, aiming at the transformation of the public and political life here in Ethiopia.”

It was recalled that the academic workshop was the first part of the seminar to be held on November 9, 2019 at EGST.

The seminar was adjourned by question and answers session from the audience. 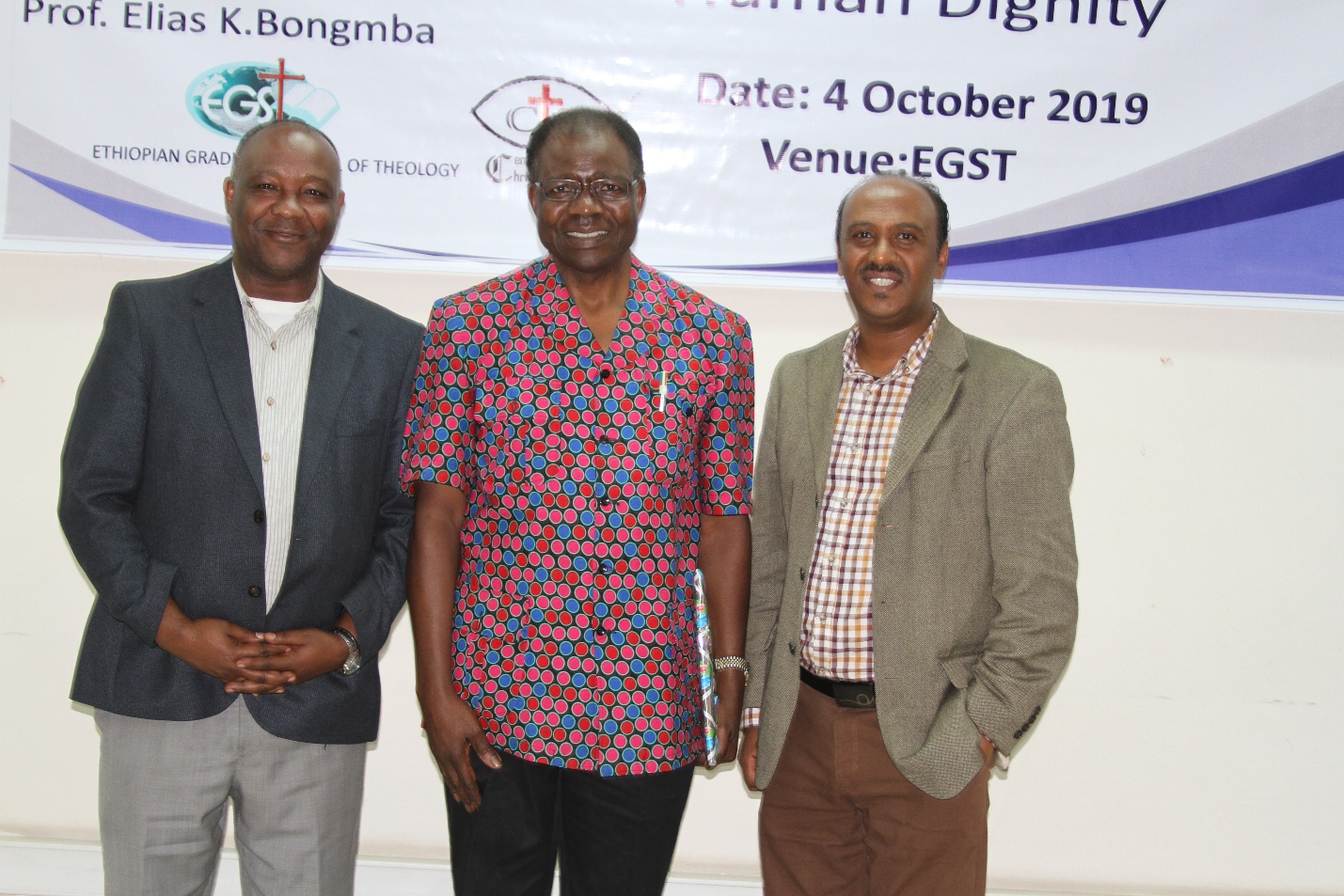 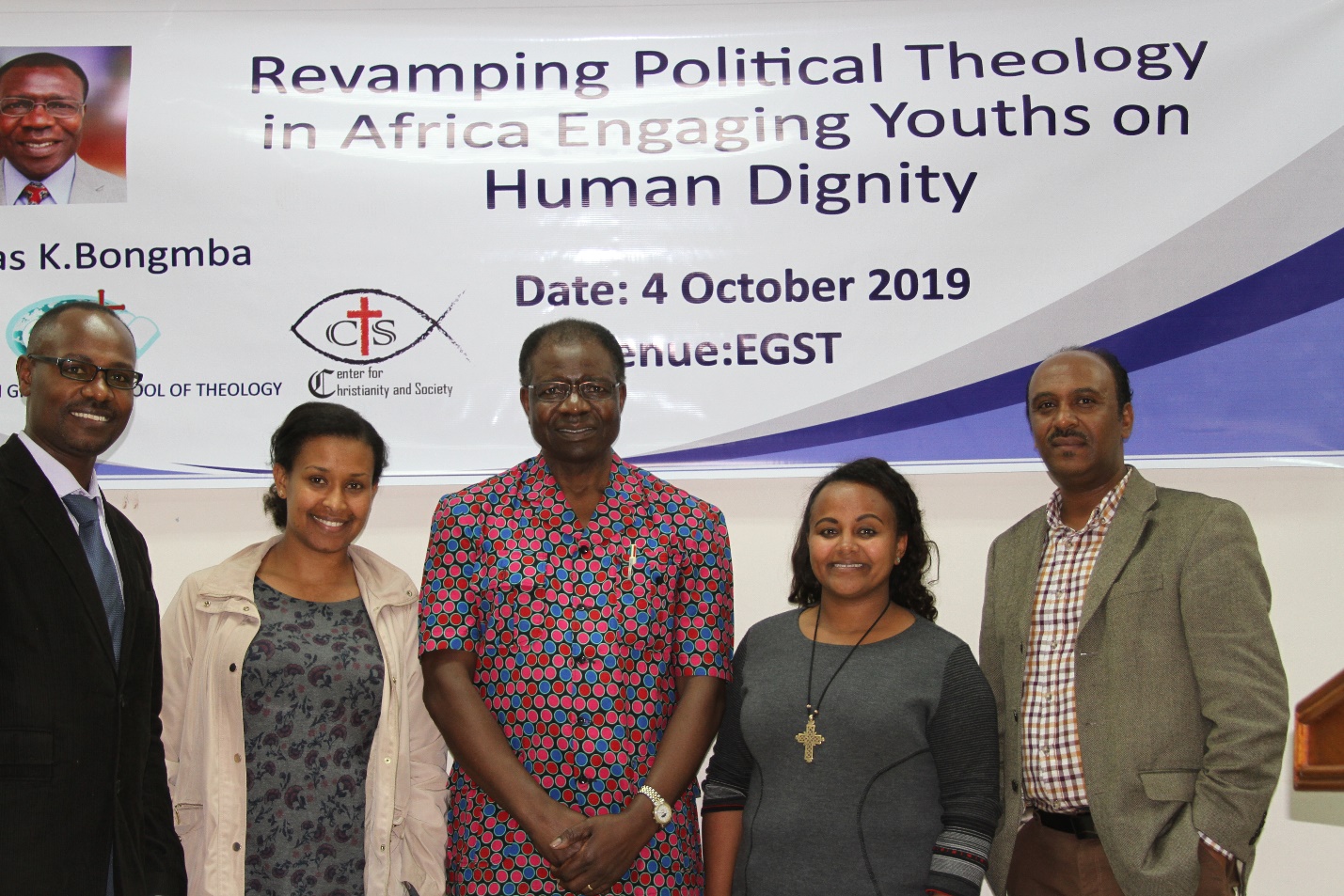